The Exerfly Portable; The Perfect Travel Solution For Sports Teams

The landscape of modern football is one of problem makers, rather than problem solvers. The eternal answer as to why a certain procedure, training method or piece of equipment is not being utilised seems to be met with a pre-empted barrage of mindless reasons why nothing has changed procedurally since Mitre was the ball of choice for the premier league. The past two years I have spent as Head of Sport science & conditioning at a professional football club have both served as a diverse and dynamic learning experience, aswell as providing myself and my wonderful colleagues a chance to implement our thoughts and theories on a professional sporting environment. 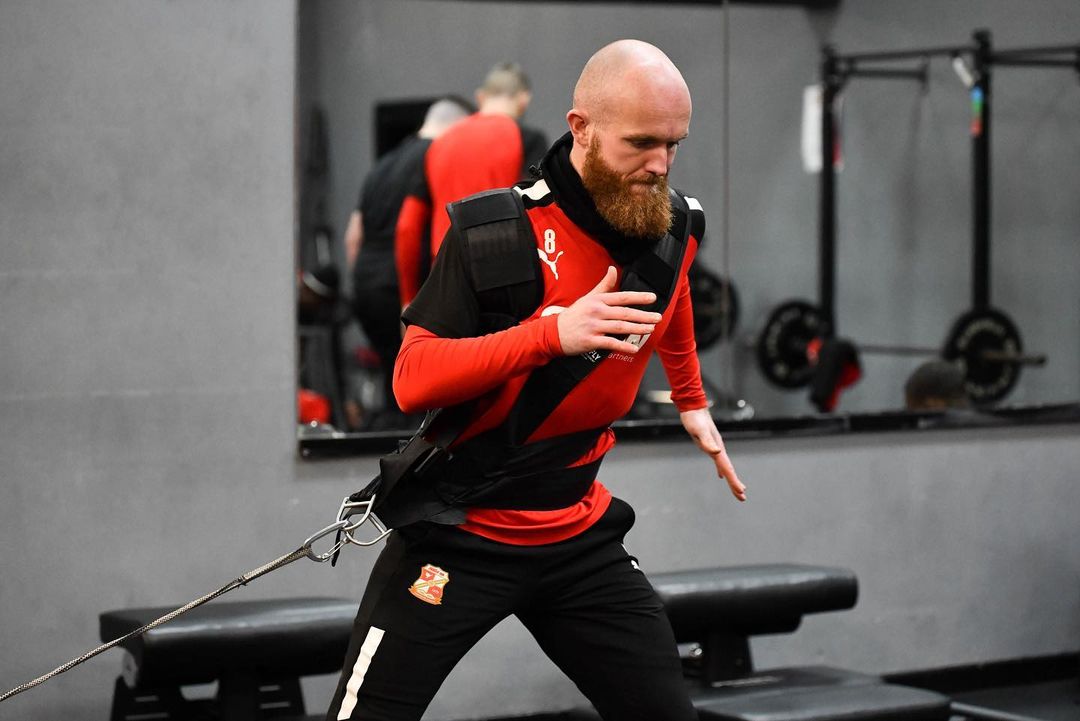 I find myself more impressed over the organisations that pride small daily wins over the big clinical procedures, with their little black book of surgeons. What ever happened to the quiet professional, and the environment where prevention trumps all? It is from my love of these high performance environments that my pursuit of trying to expose our players to as much research driven information and practice was born. When you look at the week of a modern professional athlete, travel is without doubt one of the biggest risk factors to the consummate professional. In which case the answer to many problems is not what’s the most elaborate and sparkly way to get the job done? But, what’s the fastest, cheapest and most logistically effective way of getting it done? Spatial, logistical, tactical awareness is the modern black book of contacts, and I think, In the Exerfly Portable, we have found that. Firstly to understand why I have come to this conclusion we have to understand some basic football happenings. 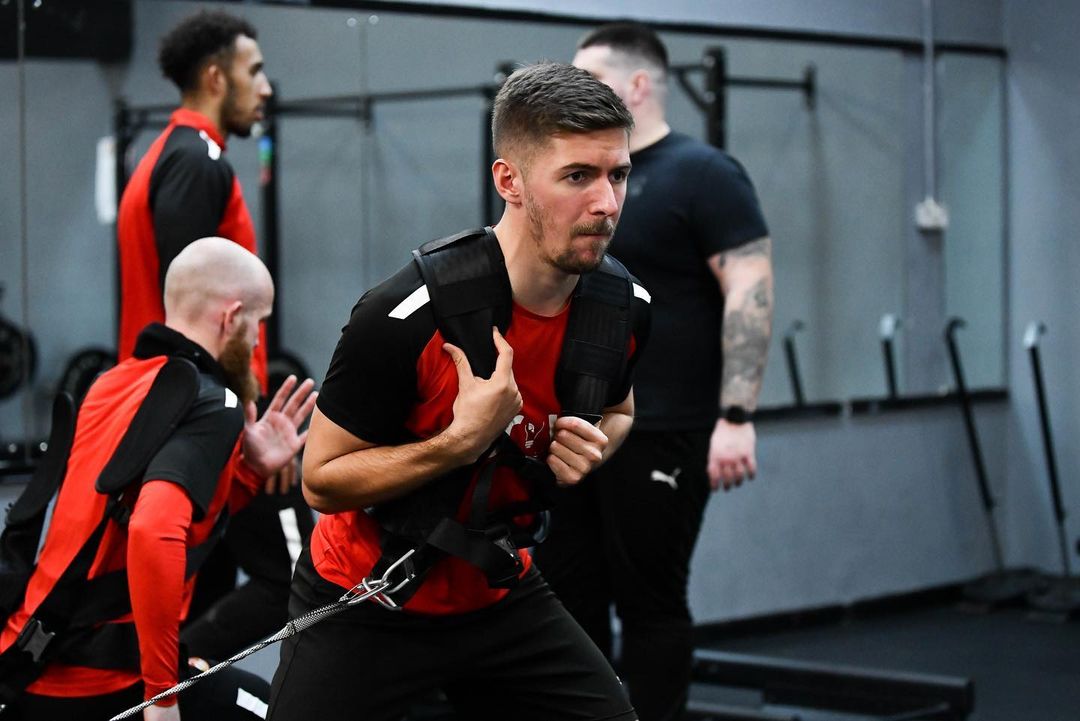 Unless you are involved with a club in and around the Premier league in football, or any major organisations it is probably not a ridiculous assumption to say you are probably working as part of a small staff, with limited resources that have to be spread over multiple facets of spending. The Exerfly Portable is the perfect answer for the practitioner who is looking to have a cost effective, easy to assemble, low man power tool to battle these issues. The exciting thing about the Exerfly Portable is that with not much education at all, whole sports teams can be utilising the technology without you having to be by each athlete's side. The issue with many sports science staff is NOT that they do not have the required education, Brain power, or knowhow to utilise some of the equipment bigger organisations have, it's merely the cost to their time in the context of their total day. The educated athlete, on a low man power piece of kit, does not drain the very valuable time of the already over stretched practitioner. 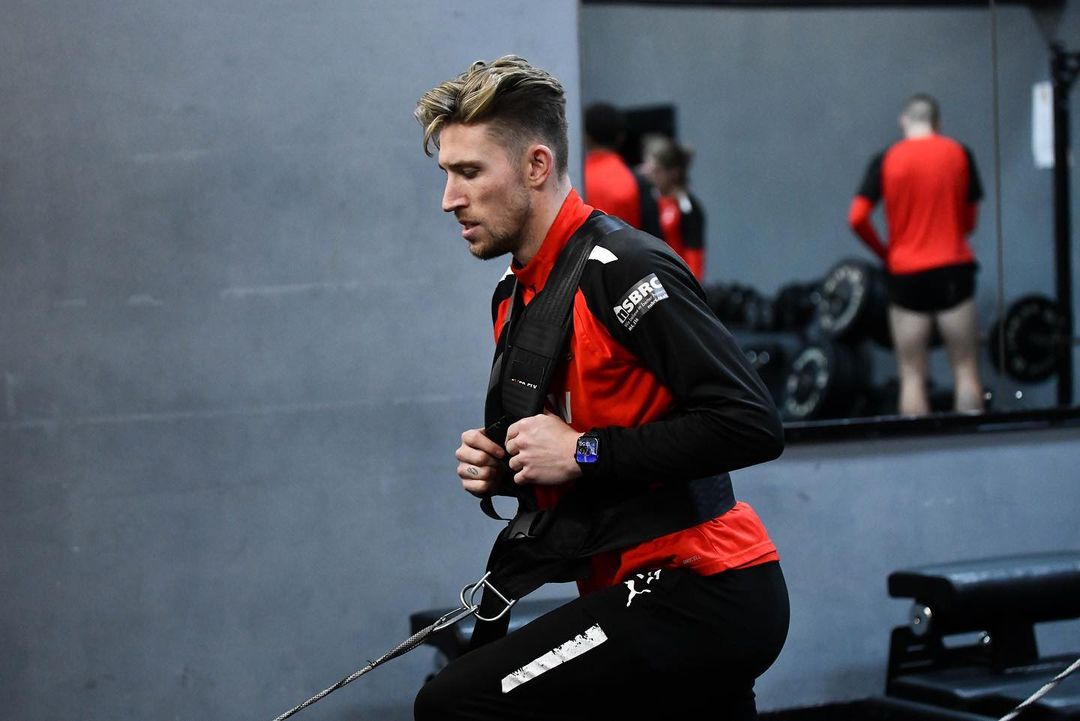 Exerfly technology provides the practitioner with a valuable and diverse piece of kit to battle a number of issues you will find in professional sport. Firstly, being able to fold the portable away to be packaged in a conventional sports bag, and the plates in a place carrier does make it very easy to travel everywhere with either a sports team or individual athlete.

Anecdotally we found that daily exposure to micro dosed iso-inertia reduced our reports of tendinopathy pain by over 80%. Tendonopathy has almost become the annoying uncle at family parties, you know they are there, you know it's uncomfortable, but you have to deal with it for the greater good. This is not what we wanted for our players, and after the initial flood of reports of pain relief it was clear that the Exerfly portable had to travel with us everywhere we went. Players bought into the product and its effects so much it became part of many players' match day routine. A micro dosed circuit of Squats, Rdls, step downs and calf raises were a common site in our hotel facilities, and changing rooms on travel days. I find the Exerfly portable to be an interesting addition to match day warm ups, preparing the body for aggressive eccentric loading from pitch based decelerations, and ground contacts. This is especially useful with players that have higher force outputs as the conventional warm up may not be enough to truly prepare their body to absorb the huge forces it can create. This anecdotal evidence, alongside the peer reviewed evidence, led us to believe that not only was the Exerfly portable a convenient and cost effective option for us, but also had the ability to help us across multiple facets of training and rehab.

Another of these facets was the ‘top ups’ for substitutes. Often one of the biggest issues for smaller clubs without a u21’s or B team system is getting enough physical exposure into substitute and squad players. Top up runs have long been the accepted answer to this question, with many practitioners having their own ideas around what an effective top up plan should look like. Our way of thinking is as follows, the likelihood of injury from sub maximal outputs is potentially very little compared to that of substitutes being asked to perform high load or velocity movements. With the training week allowing for the maintenance of aerobic capabilities we tend to focus on getting adequate High speed running exposure (80% of top speed and over), accelerations, decelerations and sprint exposures. However, before getting your subs out on the pitch after having just sat down for the best part of two Hours, one should look at the potential benefit to risk ratio of what they are about to do. This brings us to a conversation on how to get enough exposure without posing a possible risk to the players wellbeing. The answer for us is the Exerfly portable. By exposing players to some high repetition flywheel mixed in with some carefully planned running exposures we have been able to give players enough stimulus to keep them ready to step in at any time, without increasing their risk for injury with large acute spikes in HSR, SD and accell/decells. The dose of flywheel after their pitch based top ups will prepare and expose their tissues to similar if not more forces than they would see moving in a game. Meaning we can potentially help maintain their eccentric load capabilities without the availability of game time from second team fixtures.

Below are two examples of what micro-dosed workouts may look like during the week for one of our players. The aim for our micro-dosed sessions are to get a blanket style amount of work done so the general physical preparation of players is elevated over an extended period without becoming acutely detrimental to the player. 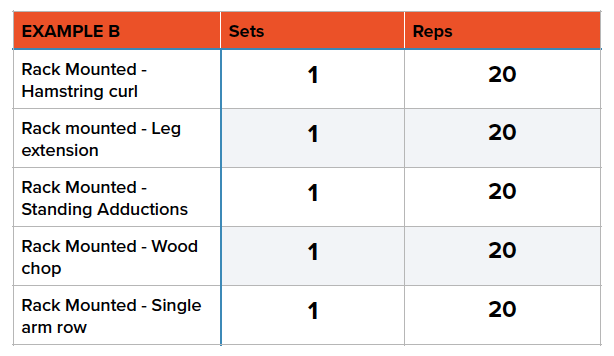 Now one set of 20 reps may seem like nothing, however, what this allows you to do is provide players with sessions and adaptation options that are time, space and logistically effective. The aim is to spread multiple workouts throughout the week, with the possibility of two to three per day on some days. Thus taking your possible volume to much higher than that of what you would get from a conventional set and rep scheme that would take longer to recover from and in turn not feasible to be deployed with a higher frequency.

Hopefully what I have been able to provide is some practical solutions to issues that many practitioners across many sports will be exposed to. Ultimately the smart practitioner man finds ways of doing more with less, and with the Exerfly portable I find it to be capable of way more than most pieces of equipment available with much less energy needed to prescribe, and run.