Flywheel and traditional strength training are two widely popular but vastly different modes of training employed by millions worldwide to achieve their training goals and outcomes. However, the differences between these two are often unclear or overlooked within literature and in the real world. 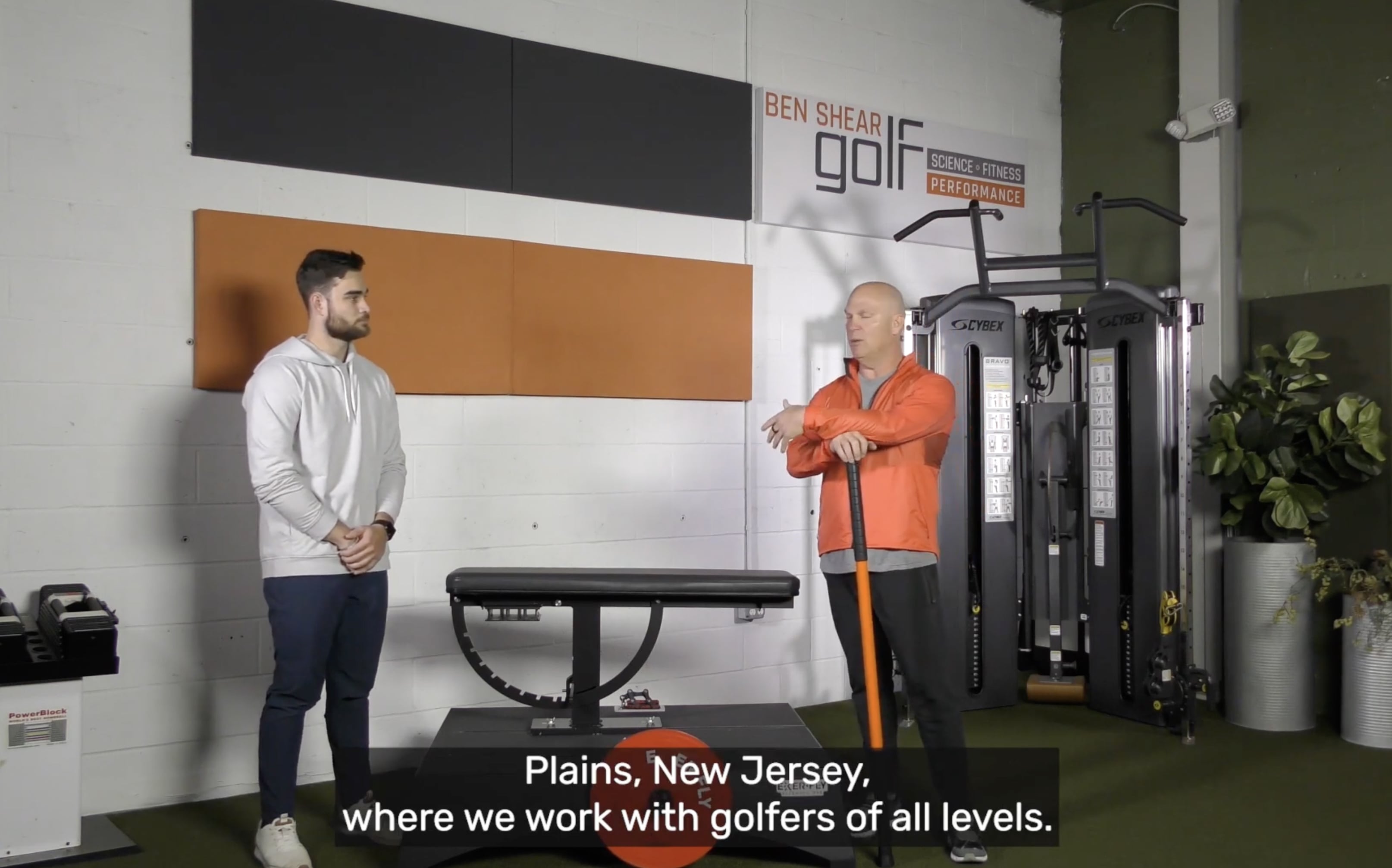 Flywheel training offers unrestrained resistance through the entire concentric action and allows for short periods of eccentric force exceeding concentric force, otherwise known as eccentric overload. The flywheel does this by harnessing the inertia of a spinning flywheel and accelerating and decelerating the flywheel at speed instead of generating resistance by moving a weight against gravity like with traditional training.

This is significant as it generates tremendous force and allows athletes to train with constant resistance in both the concentric and eccentric phases. Inertial and eccentric training through the flywheel method is scientifically supported to produce impressive results in strength training and injury management, such as increased strength, muscle power, hypertrophy, and muscle type conversion.

Isoinertial devices were first designed by Berg & Tesch to combat the effects of microgravity on skeletal muscle. By resisting the inertial force softly during the first third of the eccentric action, followed by applying maximal effort to stop the movement at the end of the range of motion, you can produce an eccentric overload.

Results suggest that eccentric overload training employing flywheel technology leads to gains of 5-13% in muscle mass, 11-39% in maximal voluntary contractions, 12-25% in 1 repetition maximum, 21-90% in eccentric force, 10-33% in muscle power, 6-15% in jump ability, 2-10% in running speed and up to 35% in electromyography activity.

Eccentric overload force and torque produced during flywheel exercises are roughly 25% higher than concentric for both men and women. Furthermore, data has suggested that high movement and lower inertia during flywheel training induce greater force gains.

The eccentric overload produced during flywheel training is undoubtedly more significant in athletes experienced with using flywheels, highlighting the importance of proper technique to maximize the benefits of this training.

Choose Which Portion To Overload

With flywheel training, you need to decelerate the angular momentum caused by the flywheel mass and angular velocity during the movement.

Subsequently, you can either eccentrically overload the muscle at short muscle lengths or long muscle lengths, meaning you can choose to decelerate the flywheel's momentum immediately after the switch from concentric to eccentric, or mid, or terminal eccentric displacement. You can easily switch your focus with each repetition allowing for mixed muscle length eccentric overload.

Many users have reported feeling less soreness the day after flywheel training. Studies on flywheel muscle soreness have found that subjects with patellar tendinopathy found traditional resistance strength training and flywheel resistance training similar in pain and function across 12 weeks.

You can do eccentric training without a spotter using special equipment such as the Exerfly. Using the eccentric motor or manipulating the exercise allows an eccentric overload without the dangerously heavy loads where you need a spotter.
Exerfly's motorized option uses innovative electric motor technology to provide more energy to the flywheel in the eccentric phase of a movement, based on how much energy the user produces in the concentric phase rep-by-rep.

For example, if the Eccentric Overload Boost is set to 10%, the flywheel will be given 10% more energy in the eccentric phase of a movement than it had in the concentric phase. This makes the flywheel spin faster, and the user will get an increased eccentric overload, which is then reflected in the statistics of the Exerfly app.

Exerfly's motorized technology is ideal for achieving and measuring high levels of eccentric overload. The eccentric overload is typically only possible using assistance via the hands of a partner or with a delayed braking action following the full range of motion during the concentric phase.

However, these two methods do not allow you to select and quantify how much you will eccentrically overload. With Exerfly's motorized technology, high loads of eccentric force are easily achievable and managed safely and measurably.

The eccentric overload requires no help or spotters, with the option of supramaximal if needed. This is why Exerfly's motorised technology is widely used by elite sports teams, athletes, and strength trainers worldwide. It has been successfully implemented in sports that require fast, explosive, and powerful movements.

A systematic review on flywheel training found that resistance training is quintessential for improving or maintaining the quality of life because it mitigates progressive age-related impairments such as muscle atrophy and decreased strength. In elderly females, flywheel programmes can improve quality of life measures and life capacity and reduce the risk of falls.

Variable resistance devices are particularly beneficial because they allow users to work with a force load that matches their output throughout the workout. The resistance increases as they train harder and decreases as they get weaker.

Your body is naturally stronger at specific parts of a lift, so using variable resistance during your workouts allows you to challenge portions of the lift more than others. When we refer to variable resistance using a flywheel, it only gives back eccentrically the effort used concentrically.

So, if you go 100%, every rep from rep #1 is maximal. Whereas with traditional barbell training, it is only maximal effort during the last rep or 2 when you fail.

Flywheel training can be used to optimize your strength training by using the flywheel’s resistance rather than gravity itself. One of the main advantages of this is that there is no limit to the amount of energy produced through flywheel training, which can push you to unimaginable heights.

Furthermore, the flywheel responds to the amount of force you put into it, adapting to your output rep-by-rep. Exerfly can be used for various training, whether strength and conditioning, maintenance, or rehab, and for people of all ages and fitness levels.

In contrast, with traditional resistance training, you need to overcome the inertia of the loaded bar and accelerate the bar, which establishes momentum, which needs to be decelerated at some time during the lift.

Elliot et al. (1989) found that only 48.3% of the concentric phase was spent accelerating a bench press load of 81% 1RM. On the other hand, with flywheel resistance training, you are overloaded more throughout the entire concentric phase, which provides significant advantages to the full range of motion force capability.

A substantial advantage of flywheel training is that the physics behind the flywheel's power enables more consistent force applications with approximately % of 1RM during the range of motion throughout the whole exercise.

Only when the load is perpendicular to the line of gravity will your muscles experience the full overload the dumbbell can produce. With flywheel training, there are no gravitational dead sports as it does not rely on gravity to provide overload, which is why they are used to maintain the strength of astronauts in space.

You can achieve overload in any part of the eccentric phase in a controlled manner, effectively promoting muscular hypertrophy and maximal strength. A meta-analysis of the effects of flywheel training on strength variables found that flywheel training with overload is better at promoting muscular hypertrophy, maximal strength, and power than traditional strength training.

Furthermore, studies looking into the effects of eccentric overload training compared to isoinertial exercises found significant increases in maximal force production but no change in cross-sectional area in the eccentric overload group.

The meta-analysis noted an increase in muscular hypertrophy, muscle volume/mass of 0.2%, and cross-sectional area of 0.19% per day during 5-10 weeks of flywheel training 2-3 times per week.

Notably, higher metabolic and perceptual fatigue was encountered with flywheel training compared to resistance training with a Smith machine. In these studies, the relative load was different for the flywheel and traditional training protocols.

Eccentric exercises are incredibly effective because, during an eccentric movement, the applied external resistance can exceed the maximum momentary force produced by the muscle in a concentric muscle contraction and lower energy expenditure, resulting in greater work efficiency.

This is established by research that found muscle protein synthesis (growth response) can be augmented when both force generation and muscle and tendon stretching occur concurrently, both present during eccentric contractions.

With flywheel training, users can control how much resistance is experienced throughout their repetitions. By contrast, traditional weights limit the momentum felt on users' joints as this is dependent on the direction of movement relative to gravity and where the weight is positioned.

Variable resistance has been shown to have a positive effect on performance. Studies have found variable resistance training to be an effective evidence-based method of improving maximal strength in athletes with different sports backgrounds and untrained subjects.

Flywheel training offers many advantages over traditional training, with variable resistance being a significant factor. There is no limit to the kinetic energy you can generate with Exerfly equipment.

If you plateau, you can use the motorized technology to boost the eccentric phase. Therefore, our equipment is suitable for all types of training- heavy strength training to rehabilitation- and users of different backgrounds and abilities. The more inertia added to Exerfly equipment, the more force can be produced by the user, which you can record via the app.

With Exerfly, you can perform resistance training at any load or velocity as a simple and effective way of overloading the muscle-tendon-skeletal system to increase power production efficiency.

An effective tool for muscle injury and rehabilitation, Exerfly implements flywheel training, scientifically supported to reduce the risk of injury or re-injury, preserve joint health, and aid in injury management and rehabilitation.

You will not be overloaded or overworked with Exerfly, as a single red flywheel weighs 5kg (10lbs) and is solely managed by the user's output. With Exerfly, coaches can train their players to produce a lot more force at speed, maintain their base level of strength and work on explosive movements while keeping injury-free.

They won't have to endure slow 300kg/700 lbs deadlifts for significant muscle gains, which can create higher chances for injuries.

After match activations, e.g., studies on using flywheel training after match and the science behind it.

Because resistance is based on the input force of the athlete, Exerfly equipment can adapt to suit any skill level. From physiotherapy and rehabilitation to commercial gyms to high-performing sports teams and elite athletes, Exerfly caters to every athlete, young and old, regardless of their journey.
Using the inertia of flywheels, the resistance provided is variable based on the speed and effort of the user, but the load is constant throughout the whole movement. This leads to increases in strength, size, and power through isometric and eccentric overloading methods.

With an all-new app and in-built sensor tracking data points at 4,000 times per second, now you can monitor your workout data in an easier, more efficient way and receive feedback on every single rep.

Track statistics such as force, power, speed, and torque, and watch your performance improve with quantifiable data that allows you to maximise your training and results.

This shows strong evidence for the beneficial effects of flywheel training in the development of maximal strength and power in trained younger individuals and utilization of this training modality, in short, intensive blocks.

A study on the early functional and morphological muscle adaptations during short-term inertial-squat training found significant increases in:

Flywheel training triumphs over traditional training in producing the greatest results in the shortest amount of time. Apart from being safe to use for all populations and less likely to cause soreness after a workout, flywheel training also offers complete flexibility to the user with devices like Exerfly, which allow you to work out anywhere and however, you want.

Straight-forward, adaptive, and full of endless workouts and movements, flywheel training, is becoming increasingly dominant within sports communities for a reason, allowing users to achieve results like never before.

Researchers investigated the influence of a weekly bout of inertial squat resistance exercise offering eccentric overload on lower limb muscle power and patellar tendon complaints on over 80 basketball and volleyball players of both sexes.